Primarily a guitarist, Searles developed an ear for the enticing sounds of the world's many musical styles through travels to Great Britain, Africa, Asia and the Middle East. While studying classical guitar, he was first exposed to Medieval and Renaissance music through the recordings of David Munrow and Paul Odette. These experiences, along with an appreciation for the inherent beauty of the sounds and rhythms of the Earth, are the continuing influences on his music.

While most of Searles' compositions revolve around the guitar, it is the mixture of instruments that defines his style. Using harpsichord and tabla together and joining synthesized and environmental sounds with classical guitar result in combinations that are not exactly traditional. In the context of his music, however, the unorthodox mix of East and West, Ancient and Modern helps to transport the listener into new realms bound only by the imagination.

What some reviewers have said... 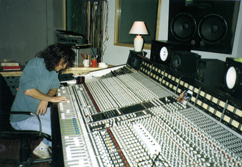 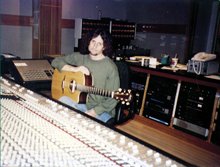 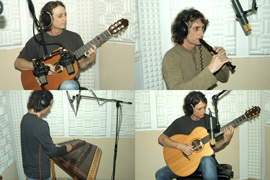 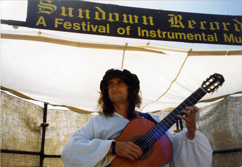